Teaching with Heart and Humor

Authentic transmission from the Kriya Lineage

I am here for you

As I transition the Level 1 training to the online course, some people have expressed concern about having support as they move through their process.  I am here for you.  There are many means of connecting.  Satsang, online meditation and our social media channels are there as means of community and support.

If you need my personal attention, feel free to email using the button below.  I will answer.  Depending on what my schedule, I may not be prompt, but I will answer.  If you find you need more extensive support, perhaps a coaching session or package would be appropriate.

Email me
Go to the beginning

Sunyata and the Kriya Lineage

When Yogananda came to the USA, he mainly shared the Bhakti path, the path of devotion, since most Americans were focused on Christianity or other devotional systems.  As a child, Goswami Sunyata Saraswati, my instructor and mentor, was taken to Yogananda who recognized Sunyata and knew that the Bhakti path would not suffice for him.  Sunyata needed to know and understand, not worship.

Since Yogananda was based in Los Angeles, he had Sunyata study with Goswami Kriyananda in Chicago, Sunyata’s native city.  Kriyananda was a student of Toronto-based Sri Shelliji,

whose focus was the Jyoti Path, the Light of Knowledge.  Young Sunyata studied and practiced in Chicago during the school year and went to India during the summers.  When he was old enough, Sunyata moved to India to continue his studies full time.

In Sunyata, three branches of Kriya Yoga were rejoined: Kriya, Tantric Kriya, and Ajapa Japa.  Sunyata’s desire to learn did not stop there.  He learned Karma Yoga in Sri Lanka, Chi Kung in Hong Kong, Tibetan Lama Yoga at the Monastery of Nine Fire Dragons, Egyptian Solar Yoga in Heliopolis, Egypt, Native American Quodoushka in the American Southwest, esoteric meditations in the Temple of Seven Rays in Peru, Western Mysteries in Germany and Sound Current Meditation of several systems.  Sunyata was a Master or Grandmaster of five different Taoist martial arts and nine different Buddhist martial arts (Kung Fu) and he was a 7th Level Tibetan Seichem Reiki Master.

I had the honor and privilege to learn from Sunyata for years and to live with him for a time.  He was more than a mentor to me.  After I experienced and integrated the results of Kriya practice, Sunyata and I transitioned from teacher-student to ancient friends, brothers and spiritual allies.   Even as I write this and recall these memories, I am humbled to have known him so intimately and to be asked to carry on the work of so many amazing bright lights. 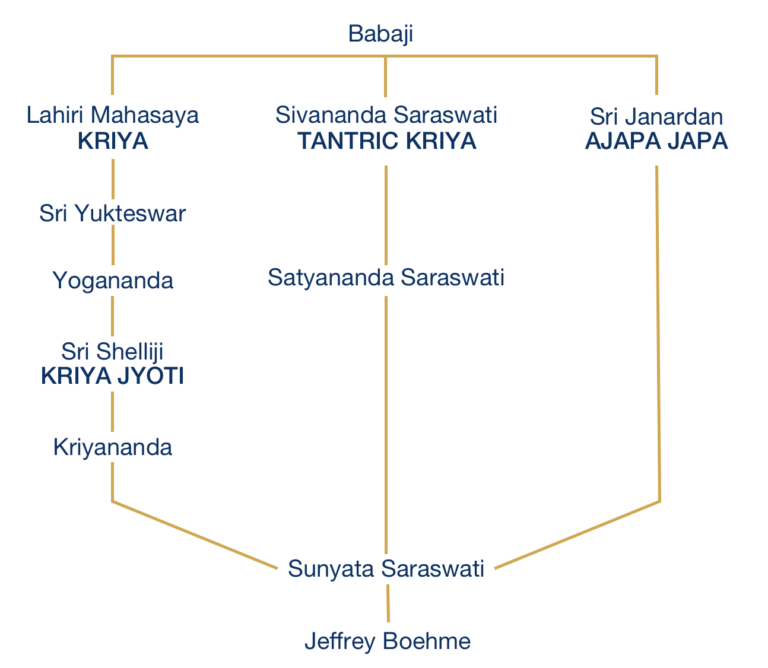 In rare instances in which an aspirant is exceptionally dedicated to their growth, healing and expansion, I will engage as a personal coach.  I prefer candidates to have received Cobra Breath and Kriya Yoga Initiation, but am willing to consider sincere individuals still engaged in Level 1 Kriya Jyoti Tantric Yoga.

My goal is to help you be you.  I am very direct and to-the-point.  I will do what it takes to help you overcome your barriers.  That includes pushing when I sense resistance.  If you are interested in applying for personal coaching, send an email expressing the goals you have, the challenges you face, what you would expect from me and why you feel you would be a good coaching candidate.

These practices are a solid technology for effective self-transformation. Jeff is like a wizard teacher of cosmic car mechanics… He’s an epic resource and friend and will help you out of a ditch if need be, and beyond that, teach you to get out of any ditch on your own or even avoid ditches all together. With the implementation of these teachings, my life has sustainably accelerated into hyper speed and exponentially continues to do so.

If you are serious about your consciousness expansion the Kriya Jyoti path seems almost too good to be true. But the beauty of it is you don't need to take it at the face value, do the practice and results will appear. As simple as that, your inner light will expand and illuminate all the shadows that are keeping you from expressing your highest potentials. There are many teachers in this world, but if you want to learn in an effortless flow the simple truth that we are love, I know no better teacher than Jeff.

It's been just over 4 years since I took the first Cobra Breath class with Jeffrey Boehme. Throughout this process of changes Jeffrey was a constant pillar for the group and for me. He was as direct and clear as a human can be with language involved. Even with his jovial nature he knows what requires seriousness and the real trick is that he will switch back and forth in the blink of an eye.  He also has a depth of knowledge about the esoteric fields that allows him to tie together many fields that people normally find disparate. His knowledge also gives him many different viewpoints from which to address anything that may arise in life during Cobra Breath. Jeff is a kind compassionate teacher of one of the most intense systems of energy management that is being taught at this moment, and it will change your life, even if you don't want it to.

The Level 1  (originally named) “Seven Breaths to a New Life" and the following "Cobra Breath" seminar with Jeff was really seven breaths into a new life. The Cobra Breath has been very supportive in accelerating important changes in my life as well as bringing inner peace and stillness to my mind. Jeff has always supported me through this change in a non-judgmental way when I needed it. He is not a master who gives a seminar and then disappears. He is tangible and authentic. I felt very supported through the most turbulent time because of it and him. The weekly meditation also gives me support. Whether I am there online or offline - it has become an important cornerstone in my life. I thank Jeff for all his wisdom that he shares so fully and generously and for being there and supporting me! From the bottom of my heart I highly recommend his seminars!

My Purpose and Vision for the Future

There are solutions to every challenge that humanity faces.  We have all of the technology and logistical skill we need to create a paradise on Earth in which every human can live a healthy, abundant, fulfilling life.  All we need is to collectively make the decision to do so.

My life is dedicated to that cause.  To me, there is no other enterprise more worthy of my time and energy.  I have taken a four vector approach to addressing these challenges.  I invite you to join me on this journey.

Teaching
Consciousness is the foundation of all solutions.  Humanity won’t seek or integrate real solutions until they rise out of the consciousness that created the problems.  That is why teaching Kriya and other spiritual sciences is a priority.

If all agriculture is converted to regenerative, we can sequester enough carbon to return to pre-industrial atmospheric levels without removing a single vehicle from service while producing more and healthier food, eliminating agricultural pollution, recharging aquifers and restoring degraded ecosystems.  I have been studying permaculture and regenerative agriculture for years and recently received my Permaculture Design Certificate from Geoff Lawton’s Discover Permaculture school.

Community
Rather than just preach and teach about social change, I intend to put the principles into action by creating a community of the future.  Skeptics can then see the tangible results, know that change is possible and choose to participate when they are ready.  We can demonstrate that ecology and economy can go hand-in-hand.  Principles and profits can go together.

The initial focus will be on food security and resource independence.  The community would include resident homes, intern and apprentice housing, a retreat center to teach spiritual sciences, regenerative agriculture, healing arts and to support agri-tourism.  Regenerative agriculture will produce the needed food, clothing, shelter and other necessities of life in regenerative ways, leaving more soil and resources after each harvest.  Plentiful bounty will be sold to the public, providing cash flow and demonstrating the profit model.  The possibilities will be endless as we live our truth together in natural abundance, harmony and prosperity.

Social change
I have written an 800 page book that describes how we can create a universally prosperous, fulfilling and regenerative society using existing technology and logistical skills while keeping an eye to new innovations on the near horizon.  The book needs editing and updating prior to publishing.  Soon, I will begin creating video content for social media that shares this information in a more accessible format.

Join the effort.  If anyone is inspired to participate in one or more of these vectors and wishes to contribute time, skills or other resources, please reach out to me.

Observation of my life to date shows that the larger the number for whom I work, the more positively effective I become.  Thus, it is obvious that if I work always and only for all humanity, I will be optimally effective.